A Cultural name card is an indicator of the whole area—specific and characteristic images of a place in its
distinctiveness, popularity and reputation. The Top 10 Culture Symbols of Canton can be the condensed essence of local distinctive culture. Including: Arcade Buildings, Huangpu Military Academy, Sun Yat-sen, Hui Neng, the Sixth Patriarch of Buddhism, Cantonese Cuisine, Canton Fair, Duanzhou Inkstone etc. 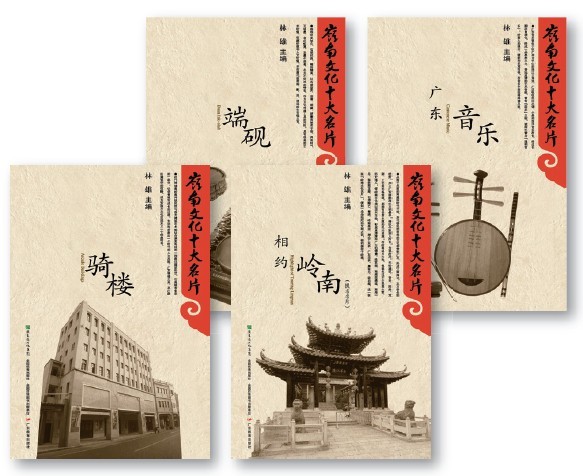 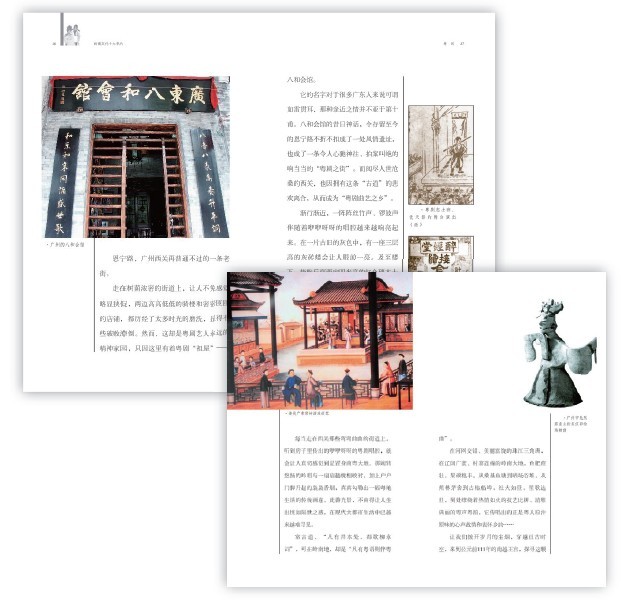 Cultural history of Yuan Dynasty is coauthored by Chen Gaohua, domestic authority of Yuan history studies
and member of Institute Faculty of China Academy of Social Science, and other two young experts specializing in Yuan history studies, Professor Zhang Fan and Researcher Liu Xiao. This book illustrated the brilliant pictures of Yuan Dynasty in religion, education, science, literature, history and other cultural aspects with pictures and words. It is currently China's first masterpiece with the comprehensive and
systematic description of  the cultural history of Yuan Dynasty. 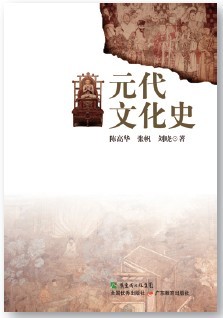 An elegant picture book series for children and Chinese learners, filled with essential Chinese elements: Chinese characters, traditional stories and Chinese brush painting. This book series presents to readers Chinese traditional folk legends such as the creation of the world by Pangu and standing in the snow to wait upon Master Cheng respectfully etc.

The prominent feature of the book series is an accessible presentation about the origin and evolution of each Chinese charact parent-child textbook, the book is also a primer for foreign readers about Chinese characters and dip into the culture of China of five t years. 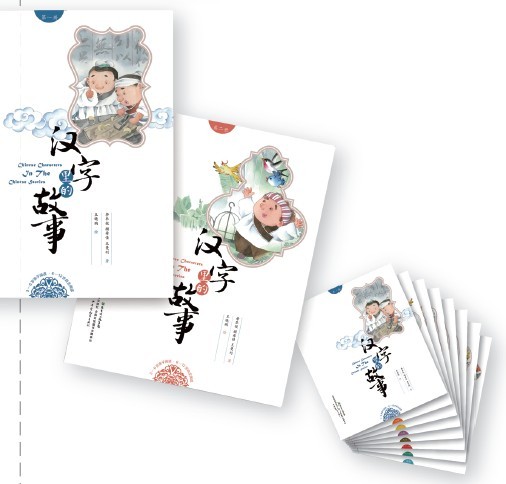 With elegant design and fancy words it makes a perfect material for lovers of Chinese culture to emerge in and understand the traditional treasure. 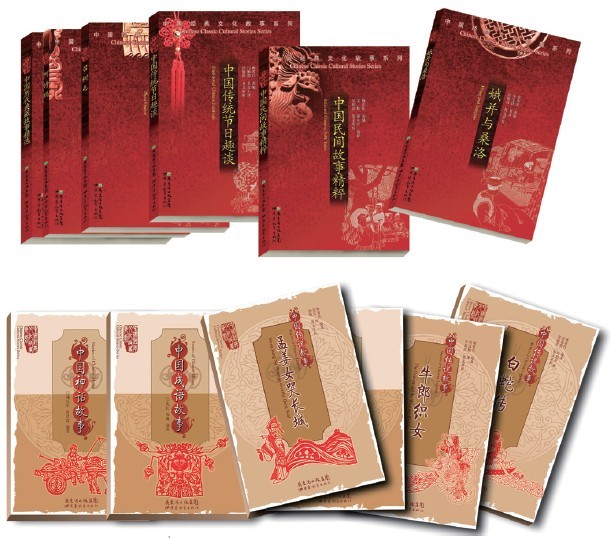 "Illustrated Biography Series of Chinese Cultural Icons of 20th Century" illustrates the vivid lives and stories of the most famous Chinese writers in the past century. Each book is full of accurate historical facts, carefully restoring their life experiences, achievements, personality, and also the changes of Chinese society.

This series has won several top prizes in the country. 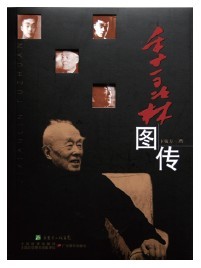 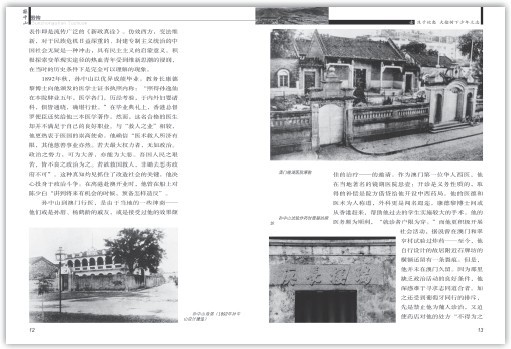 Mr. Ji Xianlin had a poor childhood but managed to study in Germany in the youth times and initially laid the foundation for his learning. Despite the setbacks due to political reasons in his middle age, he persisted and completed his brilliant academic building in his twilight years.

The book focuses on thepersonalityandspiritofMr.Ji(more) Xianlin,and makes the readers get inspired and
cultivated.

Series of the Illustrated Masterpieces

Zhu Ziqing was a renowned Chinese poet and essayist. He was a prolific writer of both prose and poetry, but is best known for essays like "Retreating Figure" (Beiying), and "You. Me." (Ni wo,). His best known work in verse is the long poem: Huimie (Destruction).This book collected 34 pieces essays from Zhu Ziqing's masterpieces.

Lu Xun, Considered by many to be the founder of modern Chinese

By Masters of Chinese Contemporary Literature literature. He was a short story writer, editor, translator, critic, essayist and 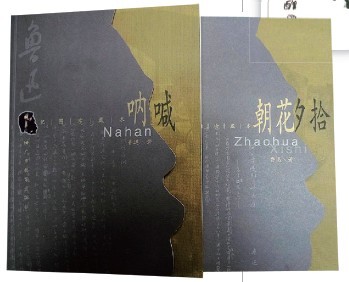 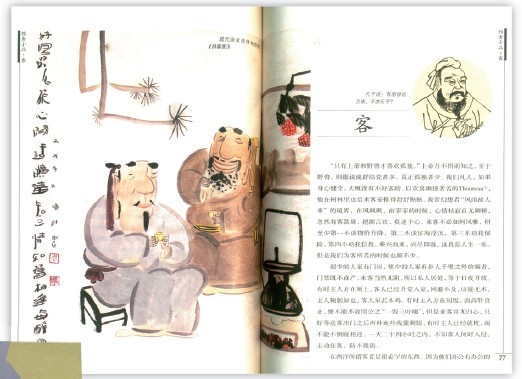 This is Our wonderland (Paintings of grandma Van Gogh) 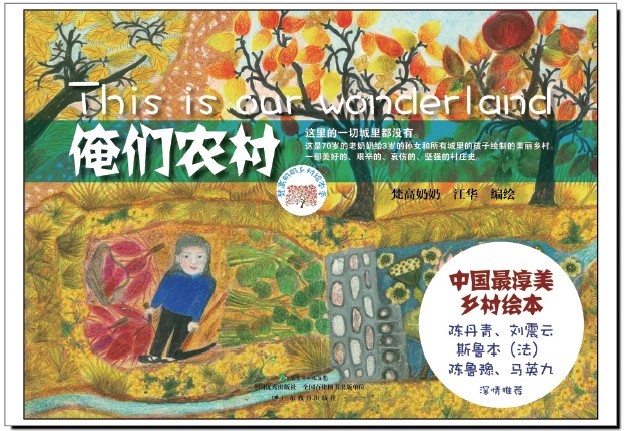 lovely cats in the susp In The Sp Melon”b the piggy from being eaten.

In Keep the Boy’s Secret, “Black Melon”and “White Melon”are determined to free a miserable boy from trafficking, and finally send him home -on the purest snowy plateau.

The Collection of Chinese Children's Literature Masters selects the works by China's contemporary children's literature writers with the greatest reputation and international fame. Like the seeds full of imagination and love sown in the children's heart, these fairy tales will bud and grow into beautiful flowers one day.

This collection also offers a full demonstration of Chinese children's mental space and mental life with the dreams as the wings.

Introducion of the collection:

1 Xiao Dingli's The Taste of a Mouse and a Cat -Winner of top national prizes, Xiao's writing is full of hopes and dreams.

3 Fan Fajia' Tiao's Adventure -As the Chairman of China Literature Research Academy，Fan is well respected and accomplished, and has published over 100 books.

4 Dong Hongyou's Colorful Dreams -Dong's works have won several top national prizes, and have been translated and introduced to many countries such as America, Japan and Malaysia.

5 Xue Tao's The Transparent Girl -Born in 1970s, Xue's is rising as the new generation of children's literature writers,but his works have earned good reputation.

6 Wang Yimei's The Rabbit at the Stump -Wang's works have been selected in primary school Chinese textbooks in China. Her works has been published in Britain, Switzerland and Korea.

7 Jin Bo's Search for the 7th Star -Born in 1930s, Jin has been writing for 50 years and his works have nutured two generations of Chinese people. 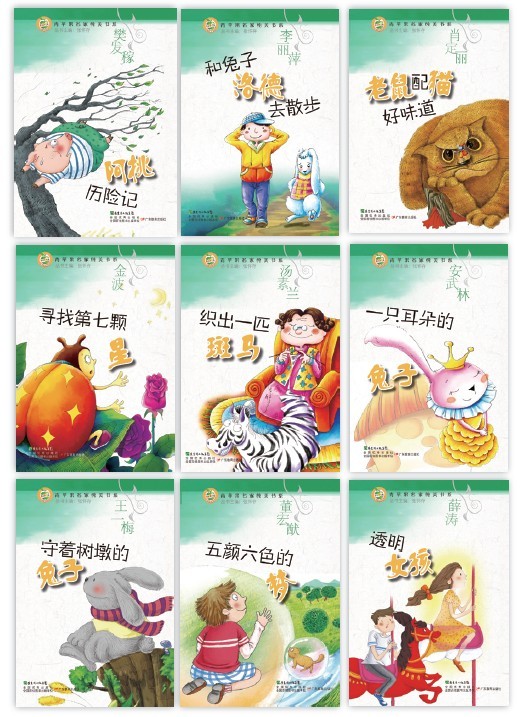 ◆By 9 masters of Chinese contemporary children's literature
◆ISBN 978-7-5406-8379-5
◆appr. 200 Pages each
◆1/32
◆appr. 15 RMB each
8 Tang Sulan's Weaving a Zebra -Being a university professor， Tang is famous for her beautiful children's
literature works, that have been selected in textbook and have won her many prizes.

9 An Wulin's A Rabbit with One Ear -An's works have been translated and introduced to USA, Singapore and
Vietnam. He is also a successful publisher.

Through the imagination of a fifth grader, readers start an adventure into the Germ Kingom. A new king is going to be selected from those who have the highest wisdom,integrity and morals.

Acclaimed by many famous children's literature writers,this novel reflects the curiosity, kindness and purity of
the world of the young Chinese writer, and also the lives and thoughts of the new generation. 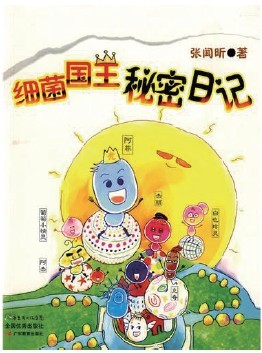 The Tree of Pencils (Poems Collection for Children)

A mother, a primary school teacher, a poet and a painter, Zhang Huaicun's four identities

have endowed her rich and special writing resources. This poems collection for children

has inside it imagination, purity and love.
The pictures in this book are painted by Zhang's daughter, reflecting the very true emotions of children. The beautiful writing and the lively pictures make the book popular among parents and children. 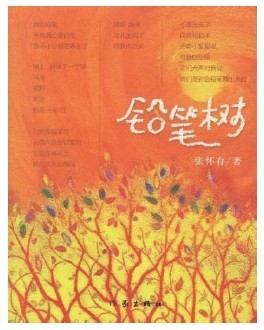 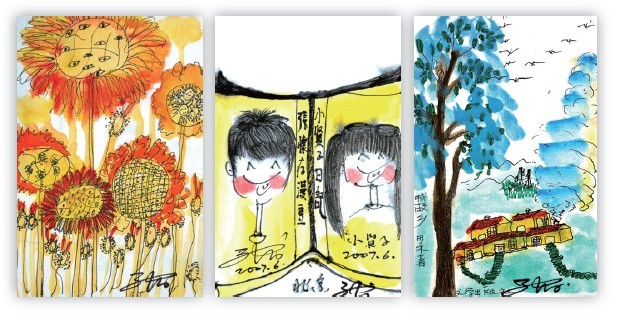 Green Apple Library is a collection of books designed The selection of topics reflects the wisdom and love of the for the spiritual growth for juveniles. The Library covers authors and advisers of the Library for juveniles. Among many aspects of the their everyday needs, which includes the them are the most repected writers in China, such as Tie Chinese Culture Series, Psychology Series, Philosophy Ning, Gao Hongbo, Cao Wenxuan, Jin Bo, Fan Fajia, etc.
Series, Morals Series, Arts Series, and is yet growing in This is why the Library is the best nutrient for the spiritual numbers. growth for juveniles. 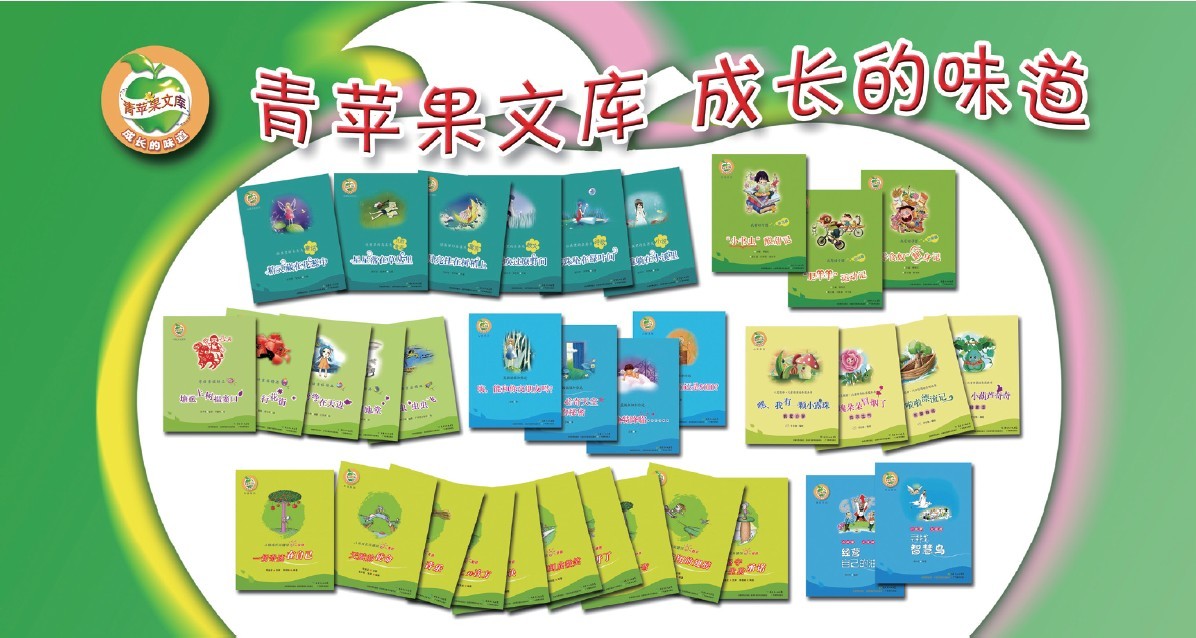 Feast your eyes on a good book!

Established in 1985, GEPH is a comprehensive publishing house subordinated to Southern Publishing
& Media Co.，Ltd., with a certificate of professional publishing of textbooks and relevant teaching
materials. GEPH was given the title of “National Excellent Publishing House” and “National Top
100 Publishers” by the Publicity Department of the CPC Central Committee and the State General
Administration of Press and Publication.

GEPH focuses on publishing books on education, culture and history, social science, books for youth
and kids, and reference books as well. In 2010, GEPH published over 1400 kinds of books with a fixed
price of 0.527 billion yuan (82 million USD ).